Launched on the 6th November 2008 at the Windybrow Center for the Arts, the National Poet Laureates’ Programme follows the successful inauguration of the South African National Poet Laureate Prize, which was held at the Durban International Convention Centre, Kwa-Zulu Natal on the 5th March 2005 in honour of South Africa’s world-renowned scholar, author, eminent yet unsung poet of majestic epics and literary genius, Prof. Mazisi Kunene. Upon the passing of Prof. Mazisi Kunene, the baton was handed over to fellow activist artist, poet and contemporary, Prof. Keorapetse Kgositsile, “who has more than earned this title bestowed on him on the 8th December 2006, in Bloemfontein, Free State”, said Arts & Culture Minister Dr. Z. Pallo Jordan.

Like the traditional bard he has been unsparingly, and rigorously critical , when it was necessary, about the performance of Africa’s leadership and statesmen, continued Minister Jordan. Thanks to that sharp tongue, Minister Jordan said, he has often been characterized as an “unguided missile”. But he is at the same time one of the most enthusiatic advocates and defenders of political tolerance, rooted in an appreciation that truth is elusive and that it can only be sought in an environment of untrammelled contestation and debate among differing opinions. Like any sensible twentieth century intellectual he is also a secularist who nonetheless values pluralism for its intrinsic value, argued Minister Jordan.
“He has dedicated himself to the struggle for freedom and his poetry to the creation of a better world. Such a man deserves the title Poet Laureate”, concluded Minister Jordan.

The Poet Laureates’ Programme aims to honour and bring to the fore the work of Prof. Keorapetse Kgositsile and the significance of our indigenous languages and cultures in our literature, the programme will pay particular attention to encourage reading and writing, especially targeting the youth.

Through the Poet Laureate, the programme will also endeavor to forge intrinsic relations with the international arena. All the above-mentioned deliverables be delivered through the following strategies.

A Giant Has Fallen 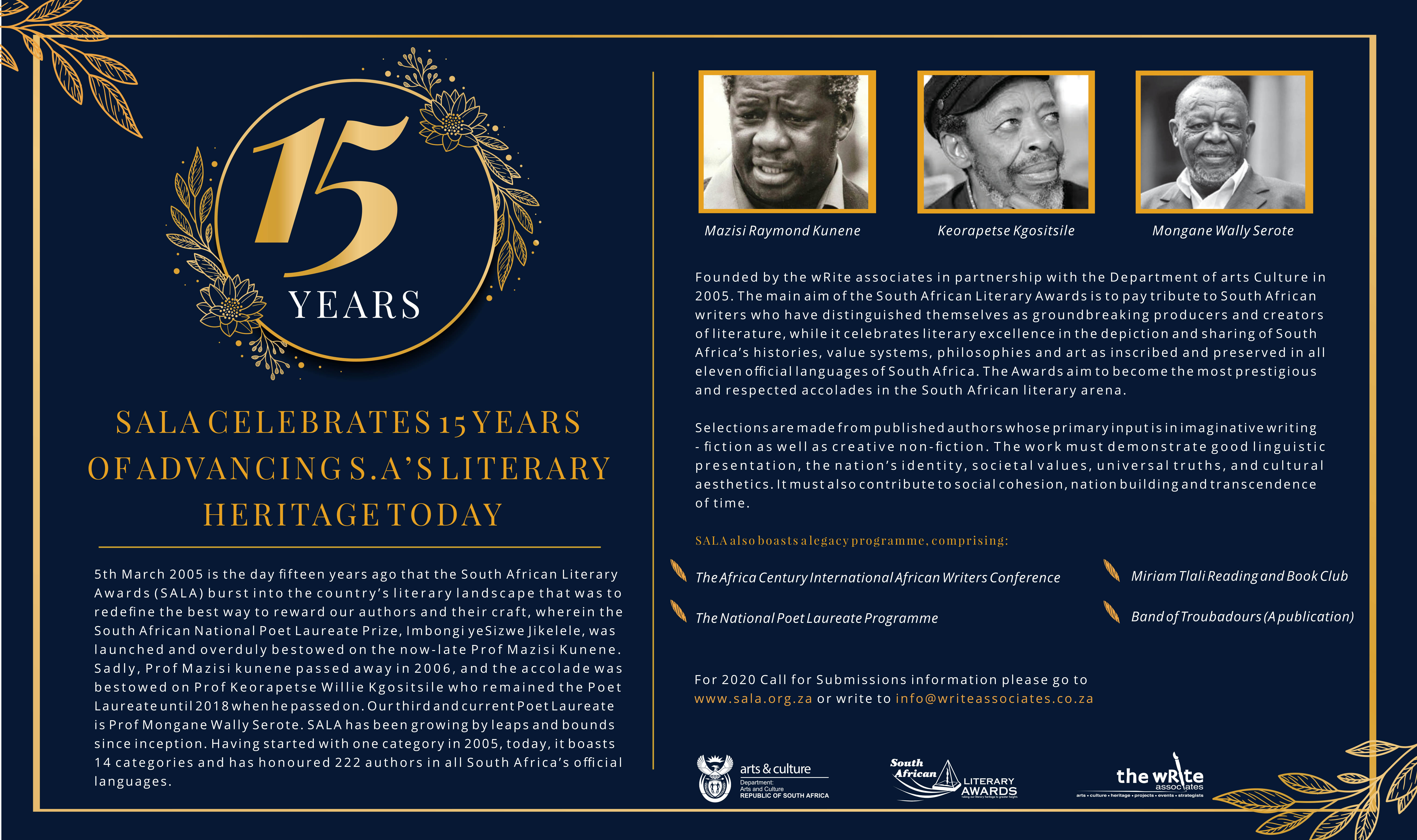 7th November 2020
About the Conference

About the wRite associates